Sitting graciously at 36 Padova str, a quaint, little street at the heart of Corfu’s Old Town, this 19th-century mansion blends beautifully with the scenic surroundings. Showstoppers like the imposing City Hall Square, the Ionian Parliament and the famous arches of the Parisian Liston are just steps away. Some of the best restaurants and bars on the island are in close proximity too. The Siora Vittoria boutique hotel location also ensures easy access to the beach, with bus services running north and south along the coast, at 500m.

Corfu has long enticed conquerors and holidaymakers alike with its potent mix of lush hillsides, blue skies, seas as clear-cut as a diamond, and miles of soft-as-velvet sands.

What’s more, the hit television series The Durrells has recently sparked a revival of interest in the Ionian island. Yet there’s more to Corfu than its striking beaches. Dig deeper and you will uncover many layers of history in and around the cobblestoned capital:

Corfu’s atmospheric Old Town is the largest Unesco site in Greece; with neoclassical buildings, narrow alleyways, antique churches, castles, stone fountains, statues and monuments. British, French and even Roman influences are evident throughout. But it’s the Venetians, who stayed around for 400 years, that exerted the greatest architectural and sociocultural impact on the -aptly named- emerald island.

Close to the sights and the action, yet safely removed from the buzz and hubbub, the Siora Vittoria boutique hotel location, is primed for exploration: The postcard-pretty Spianada square with the palace of St. Michael & St. George, the municipal art gallery, the monument of Union of Eptanisa, and the Liston Arcade, are within walking distance. The imposing Old Castle with the church of St. George, too.

For history buffs and ecclesiastic art lovers, this city indeed holds many joys. The Archaeological Museum boast exhibits from the 5th and 6th century BC –after all, the Ionian Islands –whose name derives from Io, one of Zeus’ mortal lovers– was inhabited since the palaeolithic era.

Moving forward in time, Panagia Spiliotissa dates from 1577, while Panagia Anthivouniotissa and St. Ioannis are two of the first Orthodox churches in the country. Right at the Spianada square, St. Spiridon was built in 1590 and is a majestic meta byzantine monument. As the patron saint of the island, St Spyridon is lavishly celebrated every year on December 12th.

Corfiots no doubt observe their traditions: Easter in Corfu is an emblematic affair, with a host of intoxicating, age-old customs and rites.

On a rather less pious note, Corfu’s trademark carnival hails from Venetian times and is every year attended by thousands of costume-wearing merrymakers. With elaborate masquerade and parades, the carnival of Corfu is one of the most broadcasted events in Greece –and an unforgettable experience to enjoy.

Bliss and elation are key on this island: With its lively dining, beach bar and nightlife scene Corfu seems tailor-designed for the smart party set. But nature enthusiasts will also find plenty to love on this lush Ionian jewel. Hiking opportunities abound with marked trails everywhere you look. From virgin landscapes with strikingly sculpted cliffs and cerulean seas to functioning hilltop monasteries, remote rural villages and ancient olive groves, there is a wealth of exciting discoveries to be made.

With spirit boosting scenery, aeons of history and a distinctly cosmopolitan aura, Corfu is your eternal Greek island classic. Let us show you its icons, but also its hidden gems! 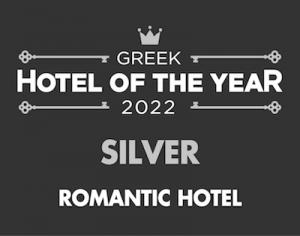 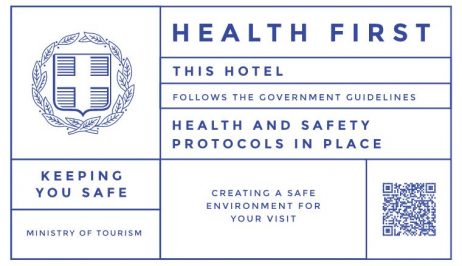 Book now one of our Deluxe Double Rooms and benefit from our exclusive rates including the following services: